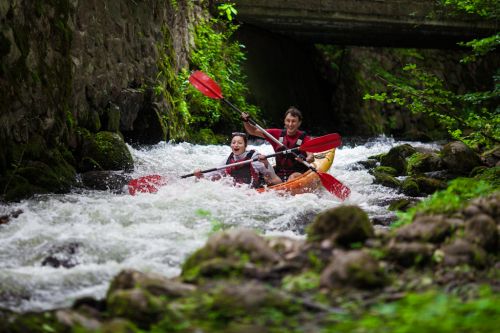 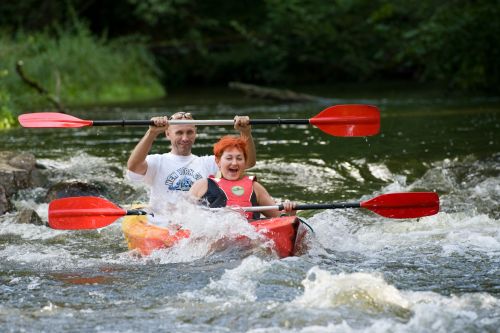 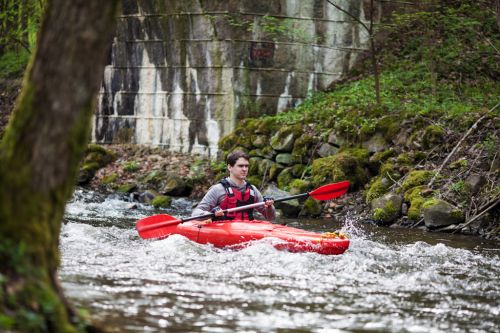 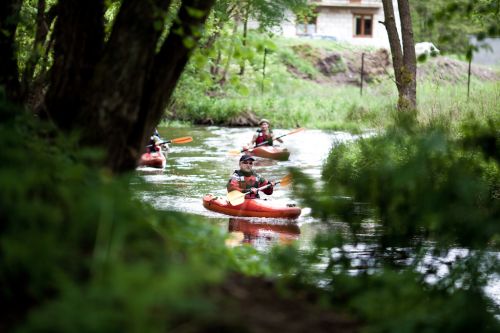 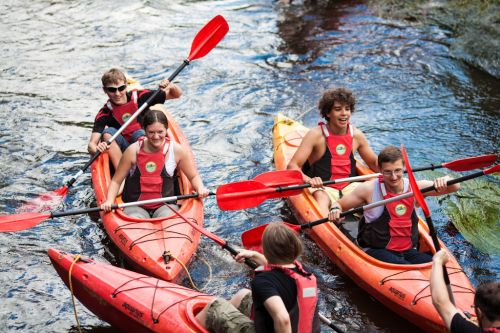 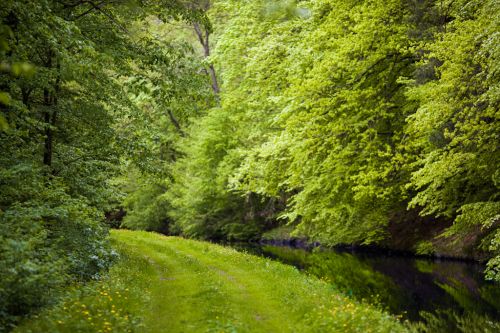 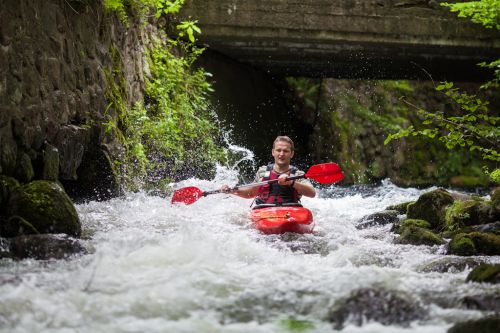 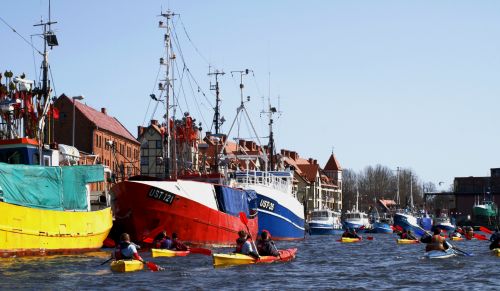 Słupia route is a bit troublesome but the obstacles are usually easy to overcome, you are forced to carry the canoe rarely and for short distances. However, it is good to have an experienced canoeist on the team. This advice applies mainly to the upper section of Słupia and Stara Słupia (Old Słupia). The best kayak to cover this section of route is a single one equipped with kayak shirts. The middle and low sections are easy, safe and available for everybody – for families with children as well. Touristic base is poorly developed and focuses on bigger towns, apart for those places it is difficult to find a bar or even a regular grocery shop. Consequently, Słupia route is not visited by many people. A major part of the route goes through protected forest area of Słupia Valley Landscape Park. Bear in mind in the park you are allowed to camp only in six marinas especially designated for canoeists which enable putting up tents and spending the night upon the river (Soszyca, Gołębia Góra upon Lake Głębokie, Gałęźna Mała, Krzynia and Leśny Dwór). These places constitute a perfect place for setting off to admire natural wonders of landscape park. There is much to see here thanks to educational- nature trails organized by the forestry management.

The length of the route is over 134 km which means the canoeists can travel peacefully for 7 days enjoying beautiful scenery. The route begins at Lake Gowidlińskie. The first section up till Soczyca is a difficult one. Here Słupia is like a mountains river: fast current, immense declines up to 4 %, bottom covered with stones, many bended trees, stone thresholds … Banks are usually overgrown with willows and alders, here you will find the famous “sulęczyńska valley ". Less experienced canoeists should start the route further, omitting the first section between Lake Gowidlińskie and Kajlandia (behind the valley).

The section between  Sulęczyn and Gałęzia Mała is rightly included in the list of mountains canoeing routes. Traveling along Słupia Valley provides extraordinary landscape-related experiences. In this area we come cross numerous and characteristic for this place lobelia lakes which are overgrown with relic vegetation. Another significant attraction convincing the canoeist to choose this route is the presence of historic hydro-technical buildings of few hydroelectric power stations dating back to 1898-1926 as well as relevant adits, channels, ground dams, weirs, slime separators and traps ... Indeed they are amazing objects and they actually still operate. The only price we have to pay for the possibility of observing this energy river system unique on European scale is the necessity of carrying the canoe which is not much.

Another attraction of Słupia is the possibility of finishing the canoeing route by entering the Baltic Sea with the final on the beach in Ustka – those who have already canoed in the sea don’t need much convincing to repeat that in Ustka.

Canoe stanitsas are beautifully situated and usually free of charge which recompenses the lack of organized campsites with full touristic infrastructure on this route – you will not find it here but trust us – it may turn out to be an advantage.

Bear in mind two serious events of carrying the canoes: